I kept a diary of my hypnosis sessions with Mary and her feedback following her sessions.

It's amazing how well hypnosis works for weight loss and healthy eating.

Notice the surprise she feels as hypnosis puts her on the right track to lose the weight she desired.

Mary proved that hypnotherapy and weight loss are a great combination.

Mary wanted to lose 110 lb. She told me she seesaws around 30lbs at a time.

She basically eats pretty healthy but every so often, she has a craving for pizza and french fries and she will eat until she's more than full.  Afterward, she feels like crap.

She described herself as a “skinny” kid.  She hates the way she feels when she eats junk food.  She said she needs an extra push, that's why she chose to do hypnosis.

Feedback from Session 1 after being asked “How are you doing?” Day 5

Her reply:  "So far so good!  I have definitely been more motivated to choose better foods."

" I just picked up some meats from a butcher this morning and bought a bunch of produce on Monday!"

"I started with a fast from Saturday evening until Monday at lunch time to kick things off."

Apparently, she cannot eat meat with bones and she doesn't like seafood.  It's a texture issue.

She doesn't like those foods because her mother never liked them and drilled that into her head, even though her sisters like them.

Mary got sick as a child and her mother allowed her to eat nothing but ice cream and soon she became the chubby child.

She describes herself as the chubby sister of 4 sisters.  She really wants to change that.

She mentioned that she suffered migraine headaches on occasion.

Feedback after being asked “How are you doing?” – Day 9

"I have really been noticing the lack of cravings.  I have let go of comfort foods like pizza or sweets!"

"I went out to lunch with a friend on Saturday and happily ordered a salad and drank water.

I normally will never order salad at a restaurant and always have a soda.  I just feel no interest in those things right now. "

"I have been cooking my meals daily which is also keeping more money in the bank haha!  As of yesterday, I am now down 8lbs and feeling great!"

Feedback after being asked “How are you doing?” – Day 31

"Last I weighed myself was Friday and I was up to 15lbs lost so far!  I haven’t been keeping track of inches but I no longer fit into the jeans I was wearing at our first session (too big!), so that is something!"

"I haven’t had any issue choosing to eat whole, nutritious food over junk food.  I haven’t had pizza in five weeks and have no desire for it."

"That still feels very strange when I think about it!"

"Hopefully when I see you in two weeks, I will be over the 20lbs mark!"

She says she gets pressure from her sister who says that she is starving herself.  But she doesn't even feel like she's on a diet.  She just feels like she's eating well.

She has lost three and a half inches on her hip line.  She was happy to see that change because she feel she is losing weight at a very slow rate.

After the session was over, I asked her about her migraines. She said she hasn't had any migraines.

She felt that they are gone because of gluten being eliminated since she doesn't eat any breads or pastas.  The migraines have gone away.

Feedback after being asked “How are you doing?” – Day 79

"Yep, still on track!  As of yesterday, I lost 30lbs so far!  Even with some stressful things going on right now,"

"I am still easily able to make the right choices when I usually would be looking for comfort and convenience."

" I found a recipe for a vegetarian lasagna using zucchini planks for noodles, it’s my favorite meal right now!"

Feedback after being asked “How are you doing?” – Day 135

"I have been doing daily intermittent fasting but will incorporate more!  I had plateaued for a couple weeks, but have started losing again this past week."

"My appetite has decreased drastically as well as the amount of food I can eat in one sitting."

"I feel great, but my clothes are getting so big I feel like I'm swimming in a lot of them.  haha!"

"It’s a good problem to have though!  I have been wanting to lose 55lbs by Christmas and am on track for that, if not before then."

"I hadn’t seen my Dad in almost 3 months and he gave me a 'God damn. You look good' when I went to his house for Thanksgiving!"

"I am doing well!  I am up to 54lbs lost at the moment!  I seem to lose a few pounds then plateau for a few weeks, then lose a few more, and repeat."

"I have gone down 3 pants sizes too!  I am planning to join a kickboxing class in March which will help get me in better shape also!"

"My job has been crazy and I have been spending longs hours sitting at my desk unfortunately." 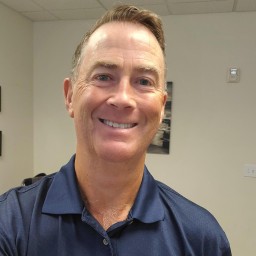 Tom received his first hypnotherapist certification in 2018 from the National Guild of Hypnotists and has seen hundreds of clients to help them improve their lives.

Through hypnosis, he has helped many people with issues that have held them back from a full and happy life.

Many of the problems people have in their life today are caused by events that are stored in their subconscious mind and Tom will help guide you to change the way your mind processes triggering events.

Tom can help you by working with your subconscious mind to make the changes you desire.

Click the button below to schedule a conversation with Certified Hypnotherapist, Tom Laessig.

The consultation can be by phone or on Zoom and you can discover how hypnosis can work for you.

Find More Posts on Facebook by Liking our Page